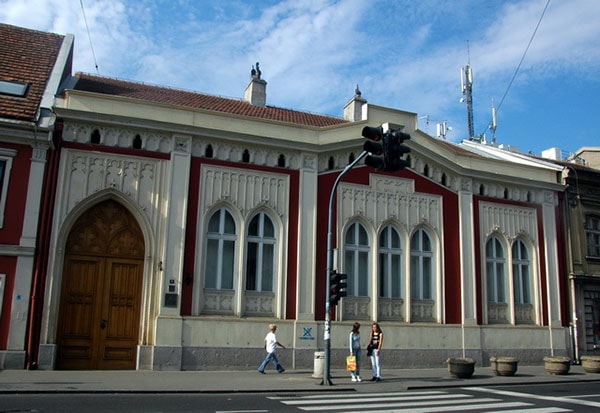 The Charter of the Emperor Franz Joseph I about the awarding the noble title to Pavle Georgije Spirta, in 1856, The Historical archive of Belgrade Spirta`s house is situated in Zemun at 9 Glavna Street. It was built in the middle of the 19th century, after the design of Heinrich Freiherr von Ferstel (1828-1883).[1] It was designed in the Gothic Revival Architecture. It is one of the first high-floored family houses of the Old Centre of Zemun. It belonged to the influential and rich Zemun family Spirta.
From Wikipedia, the free encyclopedia