Conservation and restoration of the icons from the iconostasis of the Church of St. Nicholas at monastery Šatornja. The head of the works painter- restorer Nemanja Smičiklas. (October-December 2008./ January-March 2009) 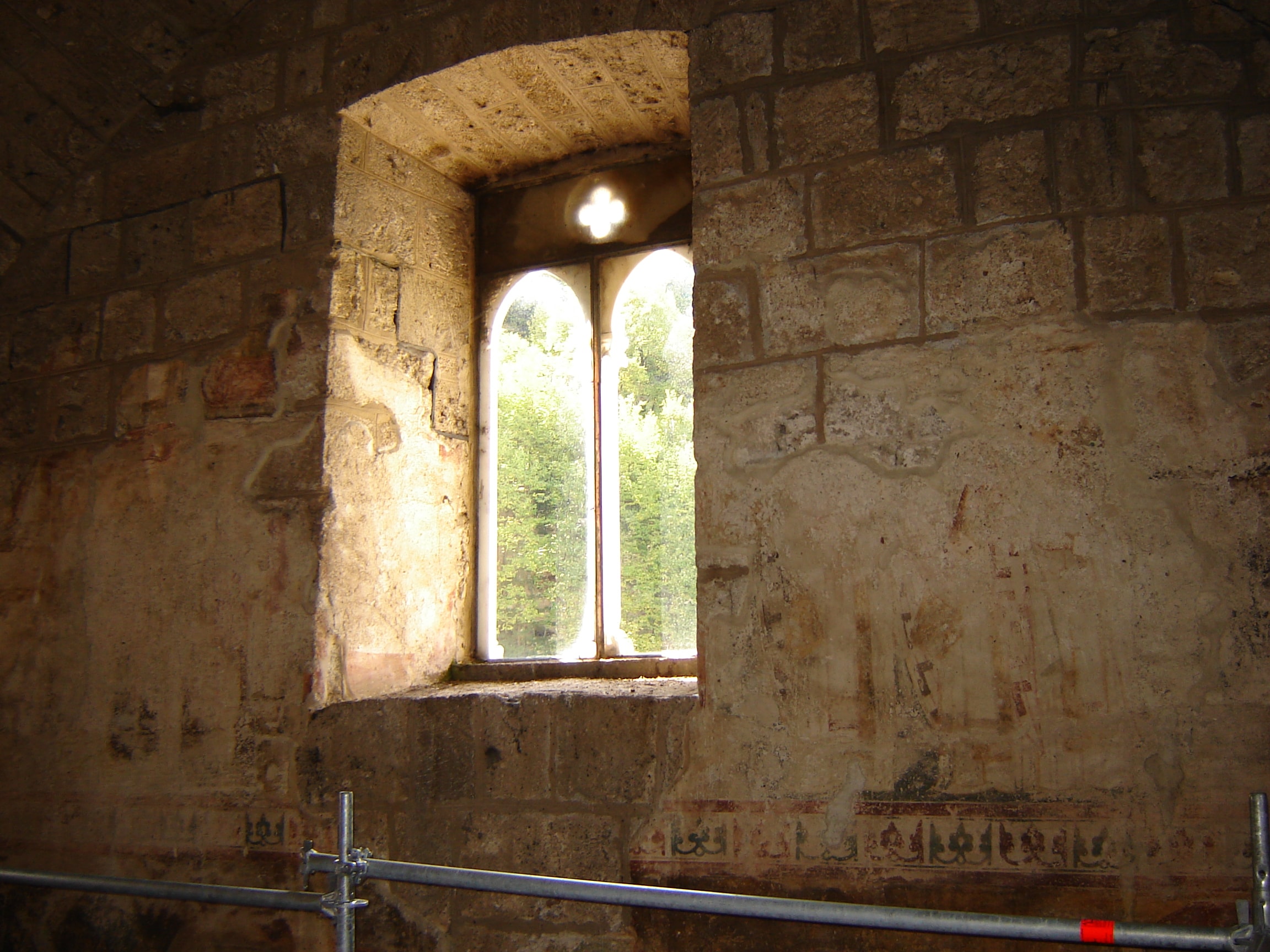 The research works on the frescoes in the narthex of the church of St. Annunciation at monastery Gradac. The head of the works painter- restorer Marijana Protić. (September 2008) 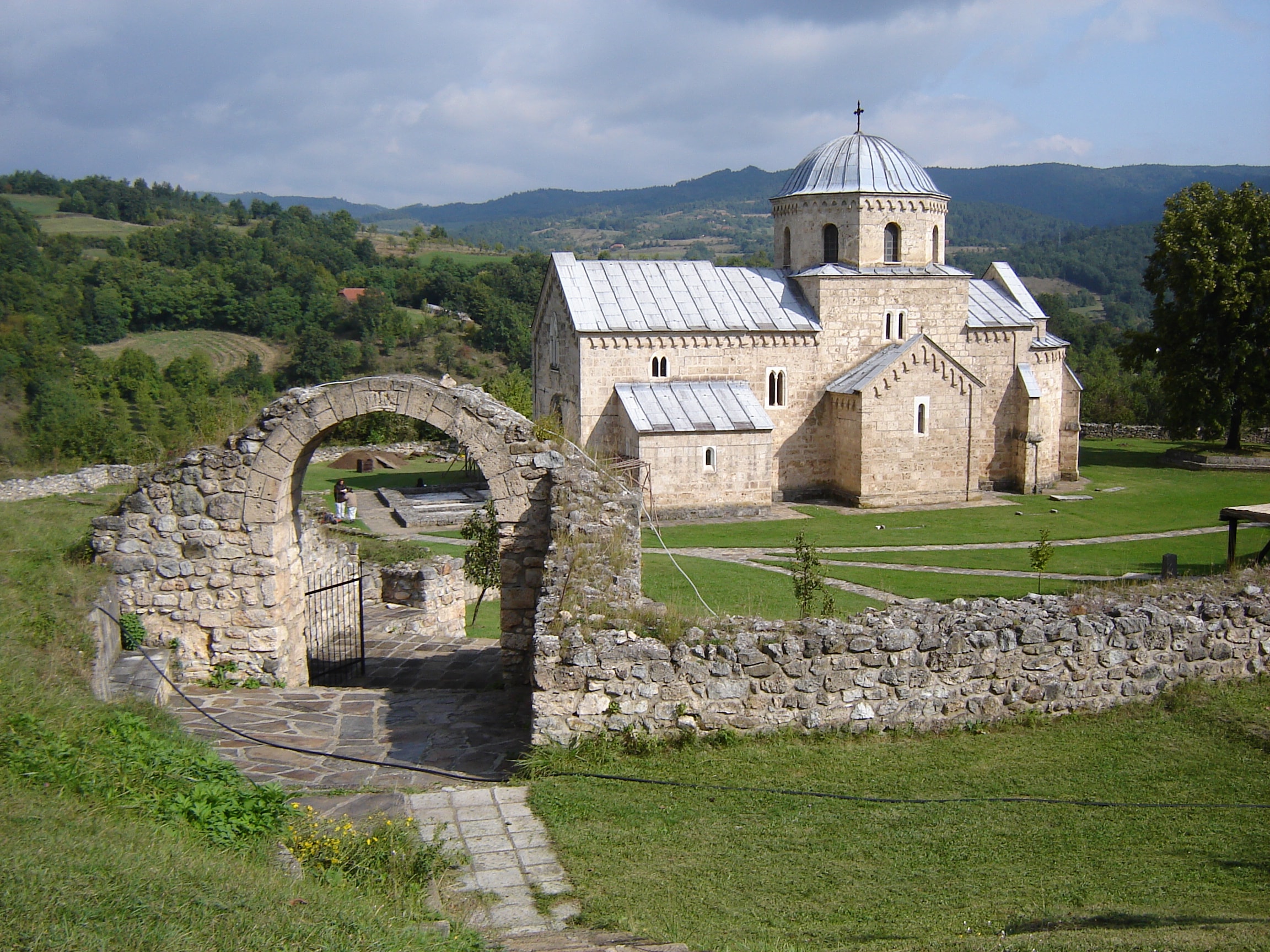 Gradac Monastery (Serbian: Manastir Gradac, pronounced [ɡrǎːdats]) an endowment of queen Helen was built from 1277 to 1282 during the reign of her son king Stefan Dragutin. It lies on the elevated plateau above the river Gradačka, at the edge of the forested slopes Golija. Gradac Monastery was declared Monument of Culture of Exceptional Importance in 1979, and it is protected by Serbia.
From Wikipedia, the free encyclopedia 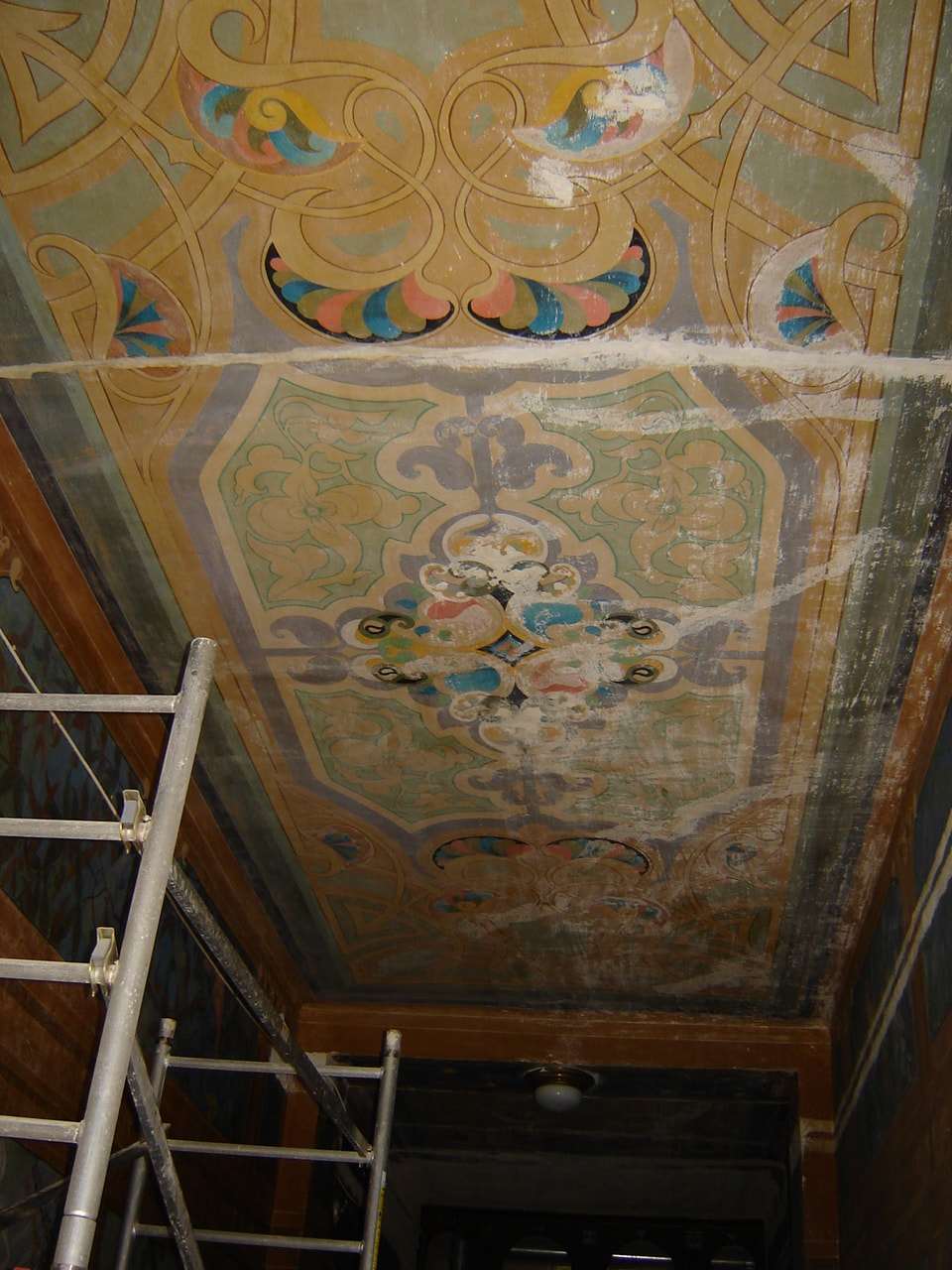 Conservation and restoration works on the oil mural painting in Gračanička Street No.16. The head of the works painter- restorer Marijana Protić. (June- August 2008)

Conservation- restoration works on 6 gilded capitals and on 6 feet from columns at the third zone of the iconostasis of the church of St. Peter and Paul in Topčider. The head of the works painter- restorer Milodarka Kocev. (April- May 2008)

Church of the Holy Apostles Peter and Paul, known as the Topčider Church (Serbian Cyrillic: Топчидерска црква) is the Serbian Orthodox Church, located in Savski venac, Belgrade, in Topčider park and built between 1832 and 1834. The church was endowment of Prince Miloš Obrenović, who was also its founder. In the immediate vicinity there is the residence of Prince Miloš.

The church is under reconstruction, which is expected to be completed by 2015, two hundred years since the start of the Second Serbian Uprising.

From Wikipedia, the free encyclopedia

Conservation and restoration works in the narthex of Our Lady’s Church at monastery Studenica. The head of the works conservator- restorer Stojanka Samardžić. (October 2007)

Conservation and restoration work on the facade of the monastery Studenica. The head of the works architect Slobodan Barisic. (July- September 2007) 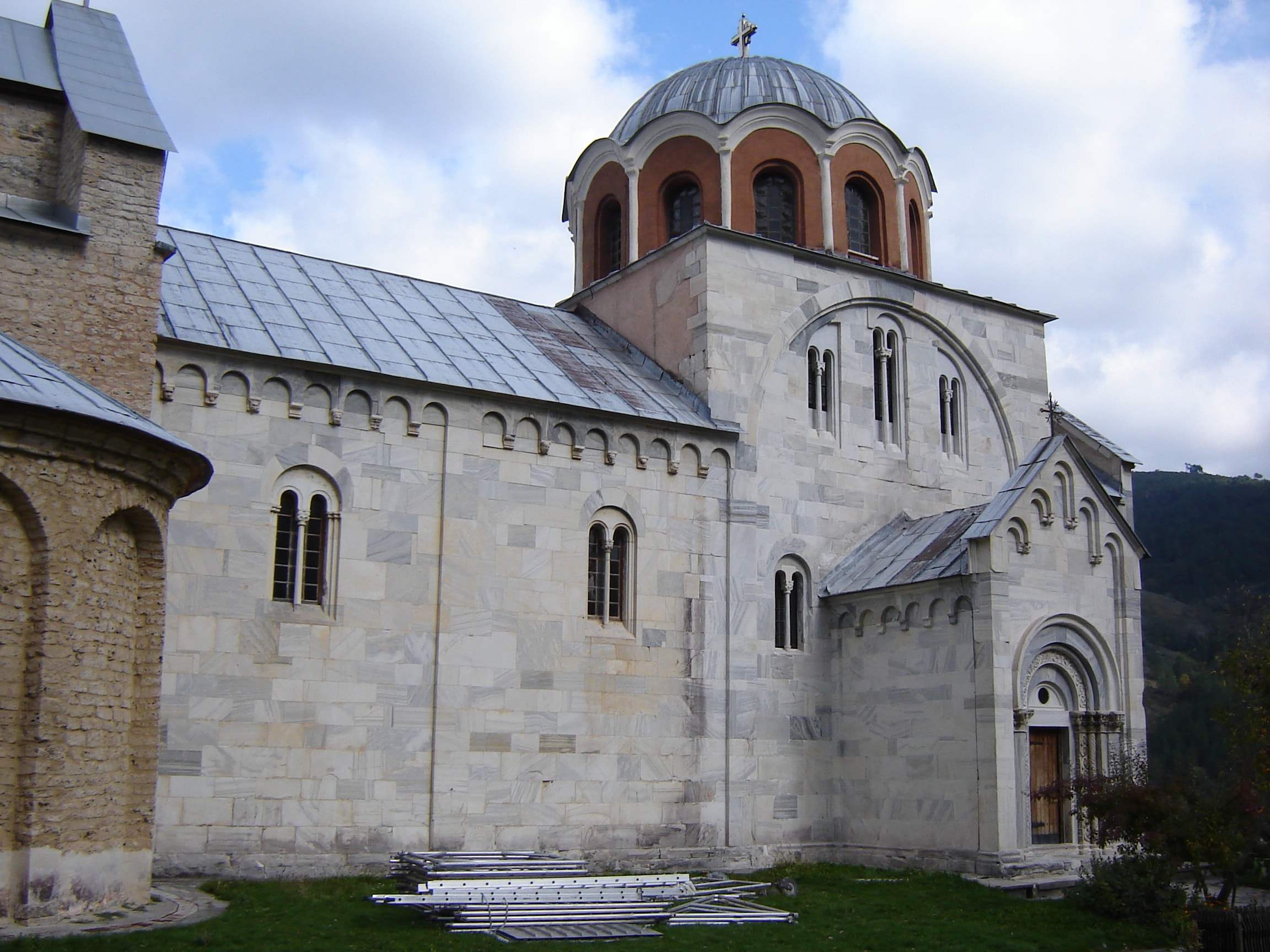 Conservation and restoration works on two continents F14, F25, F31 and F29 mural painting from the church of the Ascension in Pirot place Zavoj. The head of the works conservator- restorer Miroslav Stanojlović. (November-  December 2006)

The Charter of the Emperor Franz Joseph I about the awarding the noble title to Pavle Georgije Spirta, in 1856, The Historical archive of Belgrade Spirta`s house is situated in Zemun at 9 Glavna Street. It was built in the middle of the 19th century, after the design of Heinrich Freiherr von Ferstel (1828-1883).[1] It was designed in the Gothic Revival Architecture. It is one of the first high-floored family houses of the Old Centre of Zemun. It belonged to the influential and rich Zemun family Spirta.
From Wikipedia, the free encyclopedia 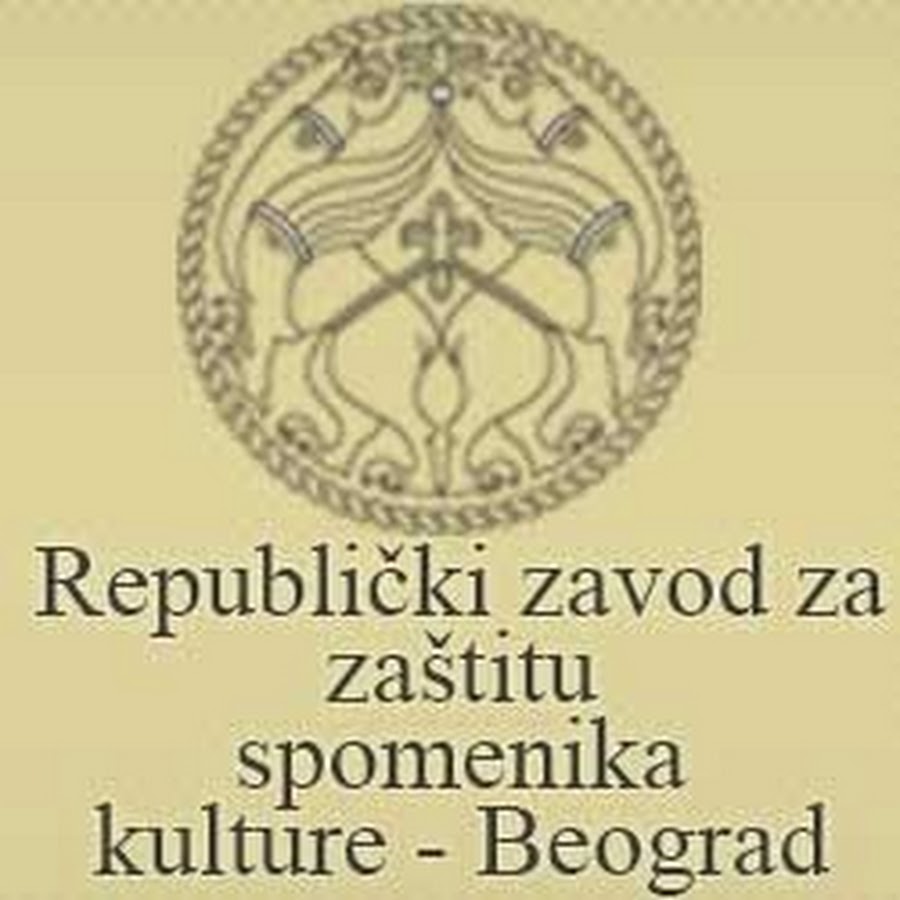 Works of preparing for duplicating icons on canvas from monastery of Manasija. The head of the works painter-conservator Sonja Poslušni. (November- December 2005) 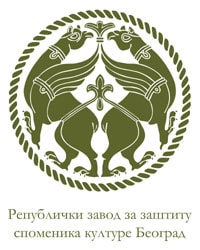 Institute for the Protection of Cultural Monuments of the Republic of Serbia, Belgrade (IPCMRS)

She cooperated in conservation- restoration works within the status of external associate. (2005- 2008)