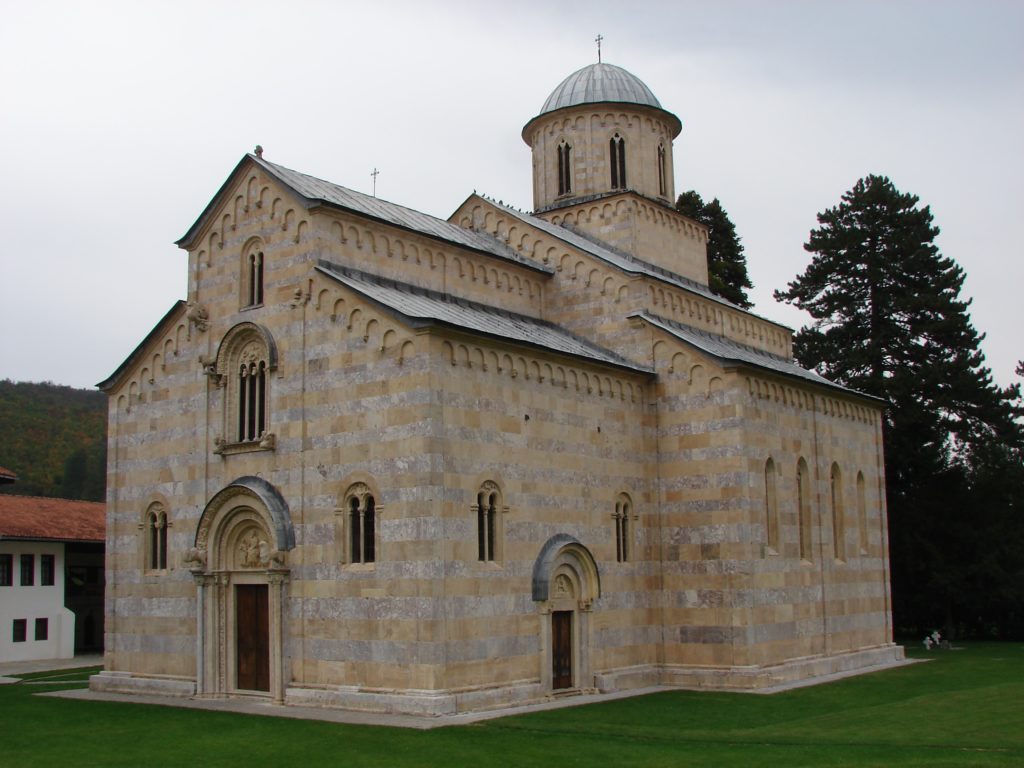 Visoki Dečani (Serbian Cyrillic: Високи Дечани, Albanian: Manastiri i Deçanit) is a major Serbian Orthodox Christianmonastery located near Dečani, Kosovo[a]. It was founded in 14th century by Serbian king Stefan Dečanski.
The Visoki Dečani monastery is located by the Dečanska Bistrica river gorge at the foot of the Prokletije Mountains, in the region of Metohija.[2][3] It is located about 2 kilometres (1.2 mi) from the town of Dečani.[4] The monastery is managed by the Serbian Orthodox Eparchy of Raška and Prizren. The monastery has been under the legal protection of Serbia since 1947[2] with a designation of Cultural Monument of Exceptional Importance. The monastery is part of the World Heritage site named “Medieval Monuments in Kosovo”.
From Wikipedia, the free encyclopedia